← more from
BBE
Get fresh music recommendations delivered to your inbox every Friday.

Everything Happens For A Reason - The Single + Remixes 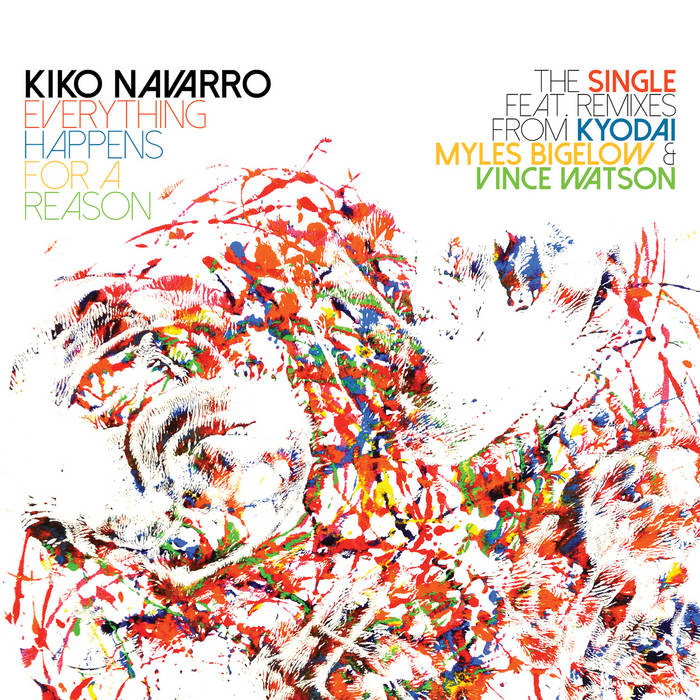 Title track from Kiko Navarro’s latest album, released in March 2017 on BBE, ‘Everything Happens For A Reason’ is presented here in its original 7 minute incarnation, alongside remixes from Kyodai and Myles Bigelow, plus an edit by Vince Watson.
Moved by Steve Reich’s ‘Music For 18 Musicians’, which he caught live at a concert in SIngapore, then impressed by Kerri Chandler’s ingenious re-imagining of ‘6 Pianos’ (also by Steve Reich), Kiko Navarro was inspired to utilise the piano’s percussive attack as the main rhythmic device in a House track. Calling on his regular collaborator (and piano teacher) Isis “Apache” Montero, Kiko explained his concept
and the two gradually built up a compelling, syncopated and potent groove. Taking in tribal, orchestral, latin, afro and tech sounds, ‘Everything Happens For A Reason’ is a moving and poignant piece of House music, topped off with spine-tingling vocals added by Isis “Apache” Montero which call to mind the lyric-free, syllabic singing style made famous by Karl Jenkins’ ’Adiemus’ records.

German duo Kyodai have been making major waves on the global House scene for some years now with releases on Freerange,
Compost, Pokerflat and Mad Mats’ high flying Local Talk label. Their remix transitions from tough percussion groove into anthemic piano
house workout and back again, dispensing a carefully metered dose of dance-floor magic. Multitalented Canadian musician and DJ Myles Bigelow delivers an uplifting version, adding eastern percussion and vivid synth lines. Vince Watson’s subtle edit introduces a smooth melodic techno atmosphere, extending the arrangement out into a vast
sonic expanse. An instrumental version is included in the package for the purists, as is a ‘Beatless’ mix, which makes for an intriguing DJ tool, or simply a powerful sunset soundtrack for those chilled terrace sessions.

Bandcamp Daily  your guide to the world of Bandcamp

Little Brother joins the show to discuss their beautiful journey, plus tunes from Fat Tony